Train : a journal of investigation 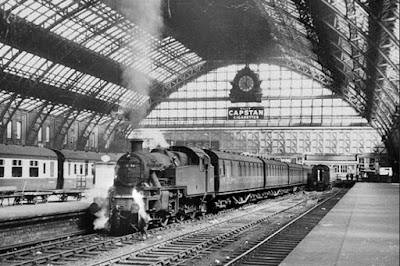 
Michael Aird lives and works in Vancouver, Canada. He recently completed his first full-length manuscript, Something to Eat and Drink on Every Page.

Chris Banks is the author of four previous collections of poems. His first full-length collection, Bonfires, was awarded the Jack Chalmers Award for poetry by the Canadian Authors’ Association in 2004. Bonfires was also a finalist for the Gerald Lampert Award for best first book of poetry in Canada.  His poetry has appeared in The New Quarterly, Arc Magazine, The Antigonish Review, Event, The Malahat Review, Prism International, among other publications. He lives and writes in Waterloo, Ontario.


Erin Bedford’s work is published in William Patterson University's Map Literary, Flash Fiction Magazine and The Temz Review. She attended and won a Certificate of Distinction for her novel Fathom Lines from the Humber School for Writers. Currently, she is acting as shill for her second novel, Illumining, and has just completed a manuscript of poetry. Follow her to find out more @ErinLBedford


Shannon Bramer is the author of four books of poetry, most recently, Precious Energy, with Book*hug. Her plays The Hungriest Woman in the World, The Collectors and Monarita were all produced thanks to the dramaturgy and support of the Women’s Work Festival in St. John’s, Newfoundland. Shannon has a children’s book forthcoming from Groundwood in March 2019.


Aidan Chafe is a writer and public school teacher. His debut collection of poems Short Histories of Light was published with McGill-Queen’s University Press (2018). His work has appeared in literary journals including CV2, Event, PRISM international and The Maynard. He lives on the unceded territory of the Qayqayt First Nation (Burnaby, BC).


Allison Chisholm is an award-winning pie baker. She lives and writes in Kingston, Ontario. She played glockenspiel in the Hawaiian-Dream-Pop band SCUB. Her poetry has appeared in The Northern Testicle Review (Proper Tales Press) and The Dollhouse (Puddles of Sky Press). Her chapbook, On the Count of One, was published in 2017 (Proper Tales Press). Her forthcoming book of poetry, On the Count of None, will be released this fall through Anvil Press. She is the curator of The Museum of Tiny Objects.


Daniel Cowper’s first book of poetry is forthcoming from McGill-Queen’s University Press. His chapbook, The God of Doors, was published by Frog Hollow Press as co-winner of its chapbook contest. Daniel and his wife serve as the poetry editors for Pulp Literature, and live mostly in a small cabin on Bowen Island, BC.


Catherine Graham is a Toronto-based writer of poetry and fiction. Among her six poetry collections The Celery Forest was named a CBC Books Top 10 Canadian Poetry Collection of 2017 and appears on their Ultimate Canadian Poetry List. Michael Longley praised it as “a work of great fortitude and invention, full of jewel-like moments and dark gnomic utterance.” Her Red Hair Rises with the Wings of Insects was a finalist for the Raymond Souster Award and CAA Award for Poetry and her debut novel Quarry won an Independent Publisher Book Awards gold medal for fiction. She received an Excellence in Teaching Award at the University of Toronto and was also winner of IFOA’s Poetry NOW. Her work is anthologized internationally and she has appeared on CBC Radio One’s The Next Chapter with Shelagh Rogers. Visit her at www.catherinegraham.com. Follow her on Twitter and Instagram @catgrahampoet.


James Lindsay is the author of the poetry collection Our Inland Sea (Wolsak and Wynn) and the chapbook Ekphrasis! Ekphrasis! (Anstruther Press). He has a regular column for Open Book where he interviews poets about their work. He is also the owner of Pleasence Records, a Toronto-based record label.


Dominik Parisien’s work can be found in The Fiddlehead, Wordgathering, Plenitude, Exile: The Literary Quarterly, as well as other magazines and anthologies. His poetry chapbook, We, Old Young Ones, is forthcoming from Frog Hollow Press. He is also the co-editor, with Navah Wolfe, of The Starlit Wood, which won the Shirley Jackson Award, and Disabled People Destroy Science Fiction with Elsa Sjunneson-Henry. Dominik is a disabled, bisexual, French Canadian. He lives in Toronto.


Constance Schultz has often been stopped by trains although now she doesn't see them much.  She has writing in various journals and literary magazines including Figroot Press, The Seattle Star, Empty Mirror, Stonecoast Review and some are forthcoming in Them Dam Writers.


Isabella Wang: I am an emerging Chinese-Canadian writer living in Vancouver B.C. My poetry and prose have appeared previously in The New Quarterly and Looseleaf Magazine. At 17, I am the youngest writer to be shortlisted for The New Quarterly’s 2017 Edna Staebler Essay Contest. I will be studying English at SFU in the fall of 2018, while serving as an intern for Room Magazine.