Train : a journal of lyric 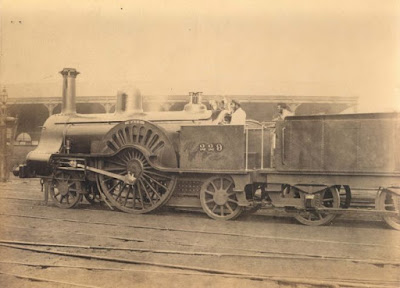 A limited amount of copies will be available for free at the following locations:
Open Books: A Poem Emporium (Seattle WA), Berl's Brooklyn Poetry Shop (Brooklyn NY) and the ottawa small press book fair (Ottawa ON).

David Bradford is the author of Nell Zink Is Damn Free (Blank Cheque Press, 2017), Call Out (knife | fork | book, 2017) and The Plot (House House Press, 2018). He holds an MFA from the University of Guelph and his poetry has appeared in Prairie Fire, Lemon Hound, Vallum, Poetry Is Dead, The Capilano Review, The Unpublished City, and elsewhere. He lives in Verdun, Qc, on the traditional and unceded territory of the Kanien’kehá:ka Nation.

Anton Pooles was born in Novosibirsk, Siberia and lives in Toronto. He is a graduate of the Creative Writing Program at the University of Toronto and the author of the chapbook Monster 36 (Anstruther Press, 2019). Follow him on Twitter @antonpooles.

Ben Robinson's recent poems include the tale of a man who finds himself lodged in his condominium’s garbage chute, as well as an account of the Christian God’s foray into Spanish lessons. In 2019, The Blasted Tree, Above/ground Press and Simulacrum Press will each publish a chapbook of his computer-generated poetry. He has only ever lived in Hamilton, ON, on the traditional territories of the Mississauga and the Haudenosaunee.

Samuel Strathman is a Jewish/Canadian poet and educator who was diagnosed with a non-verbal learning dis/ability at the age of seven. Some of his poems have appeared in Ethos Literary Journal, Literary Yard and on Dusie. He lives in Toronto, Ontario, Canada.

Rob Taylor is the author of three poetry collections, including The News (Gaspereau Press, 2016), which was a finalist for the 2017 Dorothy Livesay Poetry Prize. Rob is also the editor of What the Poets Are Doing: Canadian Poets in Conversation (Nightwood Editions, 2018) and guest editor of the 2019 edition of The Best Canadian Poetry in English (Biblioasis, 2019). In 2015 Rob received the City of Vancouver’s Mayor’s Arts Award for the Literary Arts, as an emerging artist. He lives with his family in Port Moody, BC.