An interview with Craig Santos Perez 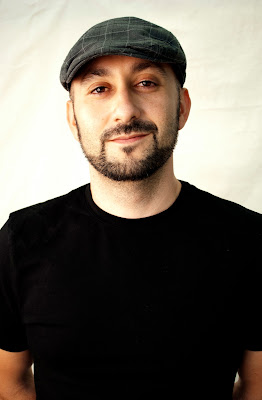 Dr. Craig Santos Perez is a native Chamoru from the Pacific Island of Guåhan (Guam). He is the author of four collections of poetry and two spoken word albums, editor of three anthologies, and co-founder of Ala Press, the only press in the U.S. dedicated to Pacific Islander poetry. He has received PEN Center USA Literary Award, the American Book Award, a Ford Foundation fellowship, and a Lannan Foundation literary fellowship. He holds an MFA from the U of San Francisco, and a Ph.D. in Ethnic Studies from the U of California, Berkeley. He is an associate professor at the University of Hawai’i, Manoa.

I began writing in high school, but became more serious during my undergraduate and graduate studies in the United States. My storytelling is inspired by the oral stories I was surrounded with growing up on the Pacific island of Guam. As a native poet, I feel a responsibility to my ancestors, my community, and my descendants to continue writing our stories and experiences into existence.

Your full-length poetry collections to date appear to be part of a single, ongoing work. How did your writing evolve into working on such a large-scale project?

While working on my first book, I realized that the themes I was exploring (indigenous culture and identity, the politics and history of my homeland) could not be fully written about in a single book, so I conceived of an ongoing book series, the fourth of which was published in 2017.

Mentorship has been very important. As a high school student, I had two wonderful literature teachers, Thomas Seaton and Kami Tomberlain. As an undergraduate, I studied with Joy Manesiotis and Leslie Brody. As an MFA student, I was mentored by Aaron Shurin, DA Powell, Truong Tran, Rob Halpern, Barbara Jane Reyes, and Rusty Morrison. Rusty Morrison has also been my main editor, mentor, and publisher over the past decade.

I am currently working on the fifth book of my ongoing series, as well as a separate collection of environmental and political poetry.
Can you name a poet you think should be receiving more attention?