An interview with Chris Johnson 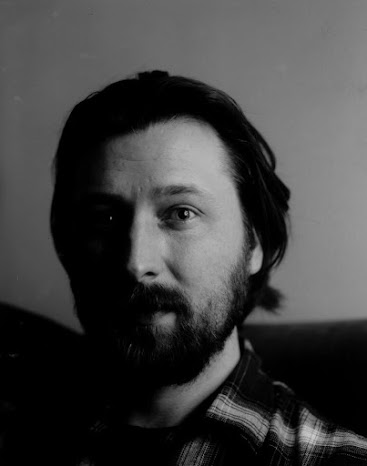 Chris Johnson (he/they) was born and raised in Scarborough, and they currently live in Ottawa, the unceded territory of the Algonquin Anishinabeg Nation. He is the Managing Editor for Arc Poetry Magazine, and his previous chapbooks include Listen, Partisan! (Frog Hollow Press, 2016) and Gravenhurst (above/ground press, 2019). @ceeeejohnson

I read a few of other writers' interviews with Train before taking a stab at my own answers, and I liked Conyer Clayton's response about what keeps her going: "the most crucial work of life; growth". It doesn't work for everyone, but I enjoy the times when writing feels like working through something, whether it's a concept or a desire or a real or imagined problem or concern. Writing can be an act of mindfulness, for yourself and the world around you. I think writing about a situation or an idea can really help you with understanding your reactions to or interaction with that situation or idea. Probably everyone could do with some more understanding and mindfulness.

Firstly, some individual poems/books of poetry that have stuck with me or that I return to often: "Naked Poems" by Phyllis Webb, Scary, No Scary by Zachary Schomburg, A Pretty Sight by David O'Meara, Lunch Poems by Frank O'Hara, Otter by Ben Ladouceur, Thou by Aisha Sasha John, and the long poem "Ok Cupid" by Major Jackson. I could go on, but all of the books/poems I've just mentioned are probably the most important poetry-related things that live rent-free in my head.

The other way to answer this question would be to talk about the poets I've met who have left a lasting impression, and I think I'll get into this in a later question.

Have you noticed a difference in the ways in which you approach the individual poem, now that you’ve published a couple of chapbooks?

There probably isn't a wrong way to approach a poem, and I certainly haven't felt that my approach has changed since having poems published in chapbook form. Some poems start with a line or an image, and some poems start with an idea or a message. Sometimes poems are written for a larger project, and sometimes a poem is a one-off. The writing is the important part.

You are currently the managing editor of Arc Poetry Magazine. Why was this important, and what have you been learning through the process?

I am so grateful to be a part of Arc, for the people I get to work with and the people I have the privilege to publish and highlight in the pages of the magazine. Working for a literary magazine is incredibly rewarding for me because writers—regardless of whether they've published multiple books or if they're getting their first chance at publishing in a magazine—are generally very excited about having their work included in a publication. I get it! Having your work in a publication is always an honour, and I'm always honoured to be a part in others' publications. I believe that there are a diversity of voices that deserve to be heard, and working for Arc means I can play a small role in helping promote stories from BIPOC writers, deaf and disabled writers, LGBTQ+ writers, women and gender non-conforming writers.

That all said, I am a White, able-bodied, cis-man, and, because of this massive privilege I carry, I have learned and continue to learn that I have huge blind spots. I am working at being more aware of my biases and prejudices, both learned and internalized from being raised in a patriarchal capitalist society. Being critical of ourselves and of the structures around us is so important, in my opinion. There is growing diversity in the pages of literary magazines and in publishers' catalogues, but there are still too few Black and Indigenous people with titles of "publisher" and "editor-in-chief" and "managing editor". Sharing and promoting diverse stories is important, and I am finding it very rewarding to give Black and transgender editors a platform to solicit work and release special issues of Arc that highlight the poets in their communities. At the same time I know that so much more important work needs to be done.

I've never taken a university creative writing course or taken part in anything more than a one-off workshop/writers' circle, so I don't consider anyone as a mentor to my work in any official form. That said, Collett Tracey formed In/Words Magazine & Press at Carleton University in 2001 and, while I wasn't there at the beginning, I cannot give enough credit to Collett and the community of writers around In/Words for assisting my development as a writer during my time at Carleton. To this day I very much look up to In/Words poets who came before me, particularly jesslyn delia smith, Bardia Sinaee, Leah Mol, Justin Million, Jeff Blackman, and Cameron Anstee. Also, although I didn't take any creative writing courses in university, there were still transformative poetry courses with Andrew Wallace and Esther Post and especially Brenda Vellino, who was the supervisor for my Masters research project.

When I first started working with Arc, Monty Reid was the Managing Editor of the magazine and I very much continue to look up to him as a poet and organizer. In fact, I look to lots of writers in Ottawa as role models: Frances Boyle for her goal of receiving 100 rejections every year; rob mclennan for his commitment and all of his small press projects; Shery Alexander Heinis for her 5AM writers club and her engagement with the community; nina jane drystek for her always-surprising performance and experimentation. There are so many others I could mention here, but there is one more important person I would be remiss to leave out of any conversation about my development as a writer: Ashley Hynd. Ashley is a very kind, thoughtful, vulnerable, talented, and community-minded person, and I wouldn't be the writer I am today if I hadn't met Ashley a few years ago.

I've dropped perhaps too many names in my previous answers... so I'll keep that up. I'm gonna bend the rules and say that all of my poetry collective pals from VII should be receiving more attention: Manahil Bandukwala, Ellen Chang-Richardson, Conyer Clayton, nina jane drystek, Margo LaPierre, and Helen Robertson are all exceptional poets. I am so lucky to get to write with them, and any attention that these individuals get for their writing isn't enough, in my opinion!