Train : a journal of prose poems 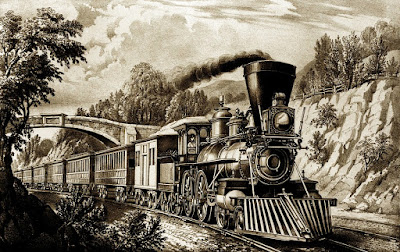 
Simon Brown (1979) is a self-taught poet and interdisciplinary artist from the traditional territory of the Passamaquoddy nation (southwestern New Brunswick) currently based in rural Québec. His French and English texts have been presented in collaborative artworks, performances, collections and artist books, and in magazines such as Lemon Hound, Estuaire, Vallum, Poetry Is Dead, Watts, and The Blasted Tree. As a translator, he has adapted texts by Erin Robinsong, Angela Carr, Danielle LaFrance and Jacob Wren, among others. Recent collections include Grande poussière (with Maude Pilon, squint press, Montréal, 2017) and Outre-flaques (Vanloo, Marseille, 2018).

Carlie Blume is an emerging writer of fiction and poetry.  Her writing centres around deconstructing myths about sexuality, motherhood, and mental health. Her work has been featured in The Maynard, Loose Lips and Pulp Mag. She lives in Surrey and is currently working on her first collection of poetry, as well as a novel.

Conyer Clayton is an Ottawa based artist who aims to live with compassion, gratitude, and awe. Her most recent chapbooks are: Undergrowth (bird, buried press), Mitosis (In/Words Magazine and Press), and For the Birds. For the Humans. (battleaxe press). She released a collaborative album with Nathanael Larochette, If the river stood still, in August 2018. Her work appears in ARC, Prairie Fire, The Fiddlehead, The Maynard, Puddles of Sky Press, and others. She won Arc's 2017 Diana Brebner Prize, and writes reviews for Canthius. Her debut full length collection of poetry is forthcoming.

Kate Feld writes essays, poetry, short fiction and work that sits between forms. Her writing has appeared in journals and anthologies including Hotel, The Stinging Fly and The Letters Page.

M.W. Jaeggle is a poet from Vancouver, currently living in Montreal. His writing has appeared or is forthcoming in The Dalhousie Review, CV2, Existere, in the anthology Refugium: Poems for the Pacific, and elsewhere. He was longlisted for the 2018 CBC Poetry Prize.

Aaron Kreuter is the author of the poetry book Arguments for Lawn Chairs (Guernica Editions, 2016), and the short story collection You and Me, Belonging (Tightrope Books, 2018). I have had my work appear in journals and magazines such as The Puritan, Grain, Arc, Poetry is Dead, The Temz Review, and other places.

Amy LeBlanc holds a BA (Hons) in English Literature and creative writing from the University of Calgary. She is currently non-fiction editor at filling Station magazine. Her work has appeared, or is scheduled to appear in Room, Prairie Fire, Contemporary Verse 2, and EVENT among others. Amy won the 2018 BrainStorm Poetry Contest for her poem 'Swell'. She is the author of two chapbooks, most recently Ladybird, Ladybird published with Anstruther Press in August 2018.

John Luna: I am a dual Canadian-American citizen born of Mexican + American expatriates. Besides writing, my practice is as a visual artist whose background includes painting, sculpture and installation, and a teacher working in the areas of art, design and art history. I currently reside on an island off of the west coast of N. America. Previous publication of written work in art criticism and poetry has appeared in Ditch, Canadian Art, Border Crossings, Canyon, Cordite, and Matrix, among others. A first collection of poems, Listing (Decoupage Publishing, 2015) was released through a small independent press with the help of a crowdfunding campaign. A second book-length manuscript was recently (2017) shortlisted for the Robert Kroetsch Award for Innovative Poetry.

Ian Martin is nobody's mom. Ian's work has appeared recently in where is the river, Bad Nudes, Plenitude Magazine, and Pretty Owl Poetry. Ian has published 4 chapbooks, most recently PLACES TO HIDE (Coven Editions, 2018) and YOU'RE GOING TO HAVE TO KEEP THIS UP FOREVER (AngelHousePress, 2018). When he's not writing, Ian develops small games and complains online. [http://ian-martin.net]

rob mclennan currently lives in Ottawa, where he is home full-time with the two wee girls he shares with Christine McNair. The author of more than thirty trade books of poetry, fiction and non-fiction, his most recent titles include the poetry collections How the alphabet was made (Spuyten Duyvil, 2018) and the forthcoming Household items (Salmon Poetry, 2019) and A halt, which is empty (Mansfield Press, 2019). He spent the 2007-8 academic year in Edmonton as writer-in-residence at the University of Alberta, and regularly posts reviews, essays, interviews and other notices at robmclennan.blogspot.com

Pearl Pirie writes in Quebec's countryside. She has 3 trade collections, most recently, the pet radish, shrunken from Book*hug. http://www.pearlpirie.com

Adam Strauss lives in Louisville, KY.  He is the author of one full-length collection: For Days (BlazeVox). Most recently, poems of his appear in Fence, Interim, The Tiny, and the Brooklyn Rail.

Erin Emily Ann Vance’s work is forthcoming in Coffin Bell Journal, Augur, Post Ghost Press, and Bad Nudes. She is a contributing reader and writer for Awkward Mermaid Literary Magazine. A 2017 recipient of the Alberta Foundation for the Arts Young Artist Prize and a 2018 Finalist for the Alberta Magazine Awards in Fiction, she completed her MA in Creative Writing in August 2018, and will complete an MA in Folklore in 2020. Erin's debut novel, Advice for Amateur Beekeepers and Taxidermists will be published by Stonehouse Publishing in 2019.