Train : a journal of introduction 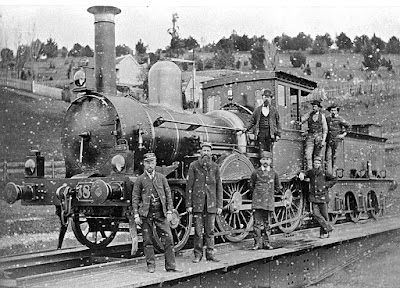 Sean Braune’s first book of philosophy, Language Parasites: Of Phorontology, appeared in 2017 from Punctum Books. His poetry has appeared in ditch, The Puritan, Rampike, Poetry is Dead, and elsewhere. He has two poetry chapbooks out with above/ground press—the vitamins of an alphabet (2016) and The Cosmos (2018)—and a third forthcoming called Face Portraits and Author Cops. A chapbook of his creative writing has appeared from AngelHousePress called Story of Lilith (2017).


nathan dueck’s middle name is russel, which means his initials spell “nrd.” His parents tell him that nobody used that word when he was born, but dictionaries say otherwise. He is the author of king’s(mère) (Turnstone Press) and he’ll (Pedlar Press). His next poetry collection, A Very Special Episode, is forthcoming from Buckrider Books.


Bhaswati Ghosh writes and translates fiction and nonfiction. She’s currently writing a non-fiction book on Delhi, India. Her work of translation from Bengali into English–My Days with Ramkinkar Baij–has been published by Niyogi Books. This work won her the Charles Wallace (India) Trust Fellowship for translation, as part of which she was a 2009 translator in residence at the University of East Anglia, Norwich, UK.


Bhaswati’s writing has appeared in several literary journals, including Cargo Literary, The Maynard, Stonecoast Review, Pithead Chapel, Warscapes, Earthen Lamp Journal, Open Road review, and Coldnoon International Journal of Travel Writing. She has a background in journalism and writes for The Wire.


Bhaswati currently lives in Ontario, Canada with her husband. Her website is www.bhaswatighosh.com.


Canisia Lubrin is a writer, critic, teacher and editor. She has an MFA from University of Guelph. Her debut collection of poems Voodoo Hypothesis (Wolsak & Wynn, 2017) was named a CBC Best Book of the Year, finalist for the Gerald Lampert Award, Pat Lowther Award and Raymond Souster award.


Geoffrey Nilson is the author of In my ear continuously like a stream (above/ground, 2017), O (Swimmer's Group, 2017), and We Have to Watch (Quilliad, 2016). His poetry and prose has appeared in various publications including Coast Mountain Culture, CV2, Lemon Hound, PRISM international, and The Capilano Review. He is a contributing editor for Arc Poetry Magazine and is currently at work on a collection of short fiction.


Craig Santos Perez is a native Chamorro from the Pacific Island of Guam. He is the co-editor of three anthologies and the author of four collections of poetry. He teaches at the University of Hawaiʻi, Manoa.


Julia Polyck-O’Neill is an artist, curator, critic, and writer. She is a doctoral candidate in Brock University’s Interdisciplinary Humanities program, where she is completing a SSHRC-funded interdisciplinary and comparative critical study of contemporary conceptualist literature and art in Vancouver. She has taught in art history and contemporary visual culture in the department of Visual Arts at the Marilyn I. Walker School, and is currently a visiting lecturer in American Studies at Johannes Gutenberg University in Mainz, Germany. Her writing has been published in B.C. Studies, Feminist Spaces, Tripwire, Fermenting Feminisms (a project of the Laboratory for Aesthetics and Ecology, curated by Lauren Fournier), and The Avant Canada Anthology (WLU Press, forthcoming 2018). Her debut chapbook, femme, was published in 2016 by above/ground press; a second above/ground chapbook is forthcoming in August 2018.


Shazia Hafiz Ramji’s first book, Port of Being, is forthcoming from Invisible Publishing in fall 2018. She is the author of the chapbook, Prosopopoeia (Anstruther Press, 2017), and her poetry and fiction are forthcoming in Best Canadian Poetry 2018 and The Humber Literary Review, respectively. Shazia is an editor for Metatron Press and Canadian Women in the Literary Arts.


Rebecca Rustin is a freelance writer and translator in Montreal, QC, with poems in Prism and Pioneertown.


In addition to journal and ephemera pieces, Jared Schickling is the author of several BlazeVOX books, including The Mercury Poem (2017) and Province of Numb Errs (2016).  Other books include Needles of Itching Feathers (The Operating System, 2018); The Paranoid Reader: Essays, 2006-2012 (Furniture Press, 2014); Prospectus for a Stage (LRL Textile Series, 2014); Donald Trump and the Pocket Oracle (Moria Books, 2017); and Donald Trump in North Korea (2017).  He edited A Lyrebird: Selected Poems of Michael Farrell (BlazeVOX, 2017), and he edits Delete Press and The Mute Canary, publishers of poetry.  He lives in Lockport, NY.


Aaron Tucker is the author of the novel Y: Oppenheimer, Horseman of Los Alamos (Coach House Books) as well as two books of poetry, Irresponsible Mediums: The Chess Games of Marcel Duchamp (Bookthug) and punchlines (Mansfield Press), and two scholarly cinema studies monographs, Virtual Weaponry: The Militarized Internet in Hollywood War Films and Interfacing with the Internet in Popular Cinema (both published by Palgrave Macmillan). His current collaborative project, Loss Sets, translates poems into sculptures which are then 3D printed (http://aarontucker.ca/3-d-poems/); he is also the co-creator of The ChessBard, an app that transforms chess games into poems (http://chesspoetry.com). Currently, he is an uninvited guest on the Dish with One Spoon Territory, where he is a lecturer in the English department at Ryerson University (Toronto), teaching creative and academic writing. He will be beginning his doctorate as an Elia Scholar in the Cinema and Media Studies Department at York University.